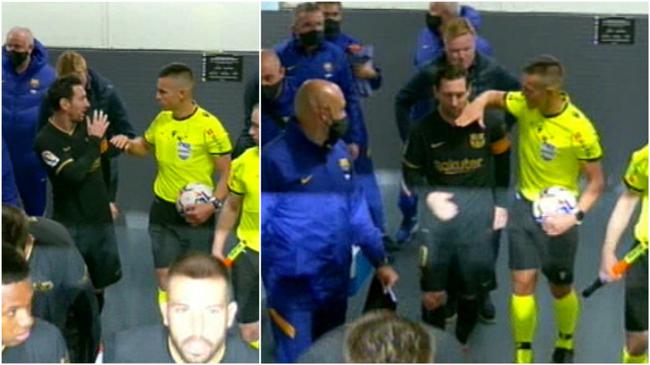 Before the end of the first half of the match between Barcelona and Celta, Langley turned two yellows and one red and was sent off, and then Pique went to the referee and received a yellow card.

Before the start of the second half, in the player channel, Messi and Pique were still negotiating with the referee Del Cerro about Langley’s red card. Judging from Messi’s physical movements, he seemed to think Langley was using a shoulder collision. , Was within a reasonable range, and the referee told him that Langley’s raised arm hit his opponent’s neck, which was the basis for his second yellow card.

"Marca" referee expert Andujar also said that the referee had no problem with the two yellow cards shown by Langley: "The second yellow card, Langley's raised elbow hit Denis Suarez. Del Cerro made the correct judgment on his face."