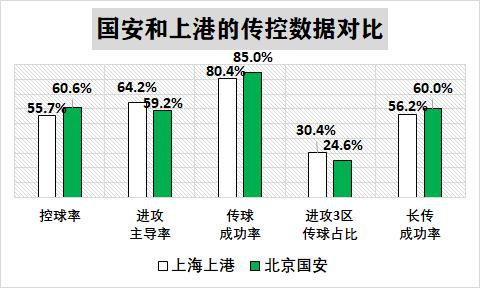 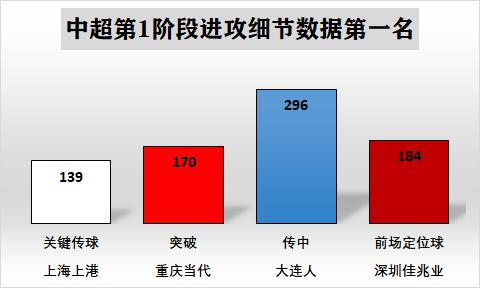 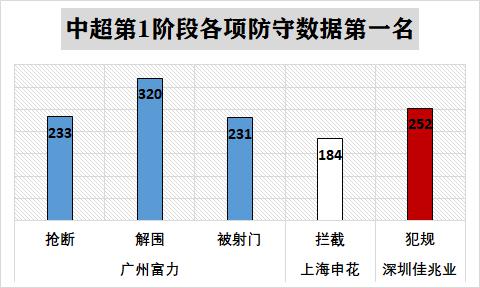 The first stage of the Chinese Super League came to an end. The division of the Dalian and Suzhou divisions, from the debate about fairness before the game to the anxiety after the start of the game, quickly dispelled all concerns. After all the games were over, it was time for a data summary.

Who has the best offensive data in the first 14 games this year? Does the division of the two divisions have an impact on the team's data? Why is it that SIPG and Guoan ranked first in many data because they enjoyed the benefits of the competition?

Comparison between Dalian and Suzhou: the overall gap between strength and weakness is relatively clear

After Dalian and Suzhou were separated, the public opinion generally believed that Dalian as a whole was stronger and Suzhou was slightly weaker. Judging from the actual games, the teams from Dalian, R&F, and Jianye in the Dalian Division performed well and fell behind early; however, SIPG and Guoan have encountered tough resistance from Qingdao Huanghai and Wuhan Zall. It seems that there are two divisions. The difference is not big.

From the overall data point of view, a team in the Dalian Division can complete 12 shots and score 1.4 goals per game; the Suzhou Division has fewer shots, but the goal efficiency is higher, with an average of 7.7 shots. 1 goal, ahead of Dalian.

In terms of offensive and defensive data, the Dalian Division overall averaged more than 410 passes per game and more than 100 passes per game in the offensive zone 3. The passing ability and quality are higher. At the same time, the defensive steals and personal ability to create red and yellow cards are more lethal. The highlight of the Suzhou Division mainly relies on the players to solve the problem individually, using breakthroughs to create shots and fouls to get more goals and set-up opportunities.

SIPG and Guoan are equally divided on offensive end: both play styles have their own advantages

First of all, in terms of pass control ability, Shanghai SIPG’s offense is the most oppressive, with an offensive dominance rate as high as 64.2%. It is the only team with a pass rate of up to 30.4% in offensive zone 3. Of course, the reason they always keep their opponents in the defensive half is because they concede a lot of the ball first. There are 7 games in which they concede the ball first and can only besie their opponents, but the result is good.

In terms of shots, Shanghai SIPG mainly wins by the number. Their shots and shots from the penalty area are all top in the Super League, but their efficiency and number of goals are not as good as Guoan and Evergrande.

Beijing Guoan is the most efficient. The 36 goals, 42.1% shooting accuracy, and the ability to score 1 goal per 5.4 shots are better than all teams. This was accomplished after many games were made in advance.

Genesio was still criticized this year on the defensive end, and the state of attackers such as Bakambu was impeccable.

From the number of goals, it can be clearly seen that Beijing Guoan Sports War scored No. 1, with a total of 26 goals scored, which is more than the total number of goals scored by 13 teams. It is not too much to describe Guoan's scoring ability with good flow.

In contrast, Evergrande’s Cannavaro has been suppressing the team’s emotions. As long as he takes the lead, a large number of substitutions will be made in about 60 minutes, resulting in not being too prominent in all aspects.

There are also some offensive details worthy of attention. For example, Chongqing Dangdai has completed 170 breakthroughs, ranking first; Dalian has made a total of 296 crosses, and Shenzhen has won a total of 184 corner kicks and frontcourt free kicks, ranking first. .

From the perspective of offensive quality, Chongqing's breakthrough ability is obviously a direct help for goals.

Caldeck, Adrian, Big Motors and other foreign aids + Feng Jin and others have strong breakthrough ability. The team can directly create shots and penalty opportunities in the center, but also can assist in the pass after breaking through the wing. , The last 6-game winning streak benefited from the multi-point blooming play.

On the other hand, Dalian and Shenzhen, whether it is a sports match or a set pass, just accumulating the number of passes cannot solve the problem. The two teams have only Longdong and John Marie respectively as strong points, which directly affects the goal efficiency.

Long Dong has never scored a cross since he scored against Jianye for the top shot. Mali also suffered injuries in the second half, which caused the two teams to regretfully lose the possibility of competing for the top 4. .

On the defensive end, Guangzhou R&F has become the biggest "winner". They are ranked first in many lists such as steals, clearances and shots. If steals and clearing can prove a little defensive attitude, then the most shots means the ball. The team gave the opponent too many offensive opportunities. Fortunately, in the second half of the league, after losing Zahavi, they made significant progress and almost worked miracles.

Shenzhen has a similar problem. It has sent 252 fouls this season, the most in the Super League, and has paid the price of 31 yellow cards and 2 red cards.

The problem with Shenzhen is that it has used too many 4-1-4-1 formations and made too many frontcourt errors. Once counterattacked, only 4-5 defenders will be defended. There are also players like Jiang Zhipeng who are not good at defending, Song Zhu. The two central defenders, Xun and Praligan, are under too much pressure and will make mistakes as a result. Such defense has not improved significantly compared with last year.

However, Shanghai Shenhua, under the guidance of Cui Kangxi, had a very accurate judgment of the opponent's ball path. 184 interceptions created multiple counterattack opportunities and eventually broke into the championship group.

No one commented, but quiet

Not remembering Kobe in social media makes me questionable, he understands my love

MYMEMORY WARNING: YOU USED ALL AVAILABLE FREE TRANSLATIONS FOR TODAY. NEXT AVAILABLE IN 10 HOURS 06 MINUTES 15 SECONDSVISIT HTTPS://MYMEMORY.TRANSLATED.NET/DOC/USAGELIMITS.PHP TO TRANSLATE MORE

Inter Milan continues to lead in victory, Milan is swept by 5 goals